It is preferable that pop-up style portable goals are used where possible. However, the use of poles or markers as goals is also suitable.

There are no goalkeepers in ALDI MiniRoos Under 6 & 7. It is the responsibility of the Game Leader to discourage children from permanently standing in front of the goal.

There is no throw in. A player from the opposing team to the player that touched the ball last before crossing the touch line will place the ball on the touch line and pass or dribble the ball into play. Opponents must be at least 5m away from the ball until it is in play. The ball must touch a teammate before a goal can be scored.

There is no corner kick. Regardless of which team touched the ball last, a player from the team whose goal line the ball has crossed will place the ball anywhere along the goal line and pass or dribble the ball into play. Opponents must retreat to the half way line and can move once the ball is in play. The ball must touch a teammate before a goal can be scored.

Offside
There is no offside rule in ALDI MiniRoos Under 6 & 7. Game Leaders should strongly discourage children from permanently standing in blatant offside positions.

Most acts of handball or fouls and misconduct at this level are caused by a lack of coordination, with no intent. In this case try and give the advantage to the attacking team and continue play. If you decide a deliberate or serious act of handball, foul or misconduct has occurred, explain to the child they have done the wrong thing and that they should not do this again. Free kicks should be awarded as appropriate. 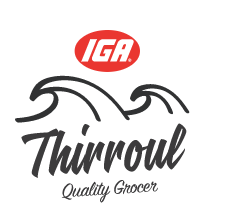